No Bugs On Me

from The Rap Guide to Human Nature by Baba Brinkman 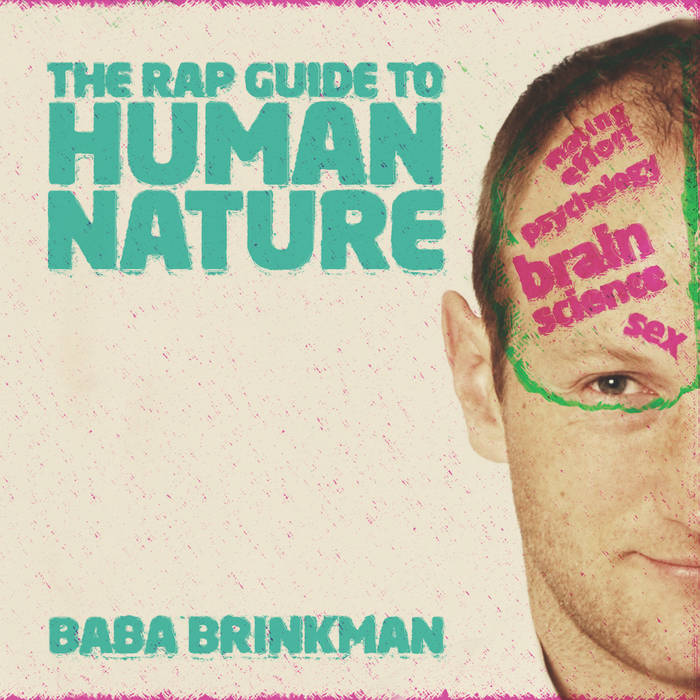 Yeah, there ain’t no bugs on me
Just on you liberal freaks…

Who says science and religion will never harmonize?
When science explains religion then we’ll have a compromise
But not the specific magical claims
I’m talkin’ about the relevant psychological states
Like, for instance, why is Darwinism such a toxic
Proposition for conservative religions
But not for liberal religions like Episcopalianism
See, it’s not the religion, it’s the conservatism
So what’s the difference between conservatives and liberals?
Moral psychologists have a definition that’s simple
Liberals like myself are just higher in a stable
Personality trait known as ‘openness to experience’
We think novelty’s great – new people, new places,
New types of food, new lovers whenever someone
Inspires the mood, and it might seem like this life is a dream
But novelty is the place where parasites breed
Which gives us a delicious little testable prediction
For the scientific method to consider
Namely that openness to experience and liberalism
Should be influenced by micro-organisms
In your environment, and does the evidence agree?
Man, you wouldn’t believe how much your political leanings
Can be predicted by the local threat of infectious disease
So all my social conservatives sing!

So let’s celebrate every universal of humanness
Like the fact that xenophobia is an immune defense
Where the brain gets a signal from the lymphatic system
That says: “Be afraid of anything that’s dramatically different”
And fundamentalism is the same kinda fear
Dangerous bugs, dangerous people, and Darwin’s dangerous idea
But it’s not about intellect – well, if you wanna get picky
Openness correlates with intelligence moderately
But I have creationist cousins, and they’re as smart as whips
And they think I’m retarded for being a Darwinist
And maybe I am retarded, maybe my liberalism
Is like a form of autism, like my brain is disconnected
From traditional ethics, ‘cause I’m always disrespecting
Apparently arbitrary religious messages
Like when a devout jew or muslim says the blood of a menstruating
Woman is unclean, what the hell does that mean?
Is it somehow different than if she cuts her finger when she’s cookin’
And bleeds? How is it immoral if it doesn’t hurt someone?
I just don’t get it, to me blood is blood
And ladies, I’m down to prove it when it’s time to cut a rug
If you’re bleeding and horny, just give me a warning and we’ll
Put a towel down to save the sheets and go ‘til three in the morning
Ugh, no wonder conservatives hate godless liberals
So all my Tory brethren sing along, and it goes…

Yeah, the modern liberal is a recent mutant
A novelty-seeking novelty of evolution
But don’t you start feelin’ too much like the X-Men
‘Cause I can test your openness with targeted questions
Like for instance – imagine your family dog dies
And you all decide to memorialize the poor old guy
By eating him stir-fried, are you on the wrong side
Of the moral equation, and if not one is harmed, why?
As a committed liberal I can see both sides
But everyone has a bit of a conservative bias
‘Cause those who don’t get naturally deselected
Like for instance, pregnant women are measurably
More xenophobic in their first trimester
‘Cause the fetus gives them an immuno-compromised system
So next time you listen to Nick Griffin or Glenn Beck
And you get vexed, like “fuck this little hate-monger insect!”
Just think of it as an immune system imbalance
Like a pregnant woman who pukes every time she eats salads
And if you wanna see the end of oppression in Palestine
Or homophobia in Uganda, or female genital mutilation
In the Sudan, well then maybe the answer
Is water sanitation and a vaccination agenda
So let’s all just sing along to the words of wisdom
It’s the germ theory of conservatism

from The Rap Guide to Human Nature, released August 1, 2010