from Lit​-​Hop by Baba Brinkman 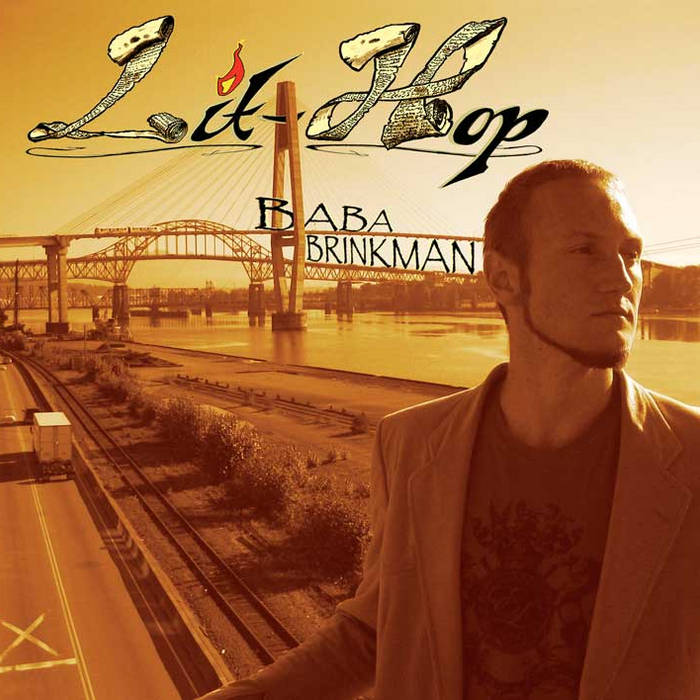 The mind is its own place, so it’s a base in itself
When it’s impatient, paradise feels like a prison cell
And it’s wasted, but however far from grace it fell
The mind can still make a heaven out of raising hell
We live in a strange realm, and I’m beginnin’ to doubt
My ability to figure it out; now
If the mind is its own place, then mine is an open space
I’m home on the range like a coyote roaming the plains
Showing strangers how to notice correlations, only
I’m facin’ down some cowboys makin’ loud noises
Hoping my home is a vacant location so they can take it
It’s the same ancient battle for the temple of the mind
That people have been fighting since the beginning of time
And the winning side has always been the mentally blind
Who try to simplify everybody into two different kinds
Of people: “You’re either with us or against us, and you’d better decide
Or you’re gonna get criminalized!”
In this critical fight, I’m livin’ behind enemy lines
Keepin’ my mind open like a nympho’s vagina
Tryin’ to fill it with every different kind of info I can find
And you know why? ‘Cause propaganda machines
Can teach you a whole lot about an enemy’s strategies
And every piece of data feeds into reality
There’s no need to understand, just believe

When the mind finds itself in a police state
It needs a secret place to keep it safe
And when it’s mistreated daily and repeatedly disgraced
It stays sane by retreating into the deepest cave
Where the siege is laid to keep the demons at bay
But the easiest way to break free from these chains
And make peace is to take a leap of faith
And believe something that can’t be reasonably explained
That’s how people change, by takin’ a chance
On a path when they can’t see the destination in advance
And laughin’ in the face of disaster when their best-laid plans
Are translated into wastelands; it doesn’t make sense
But all you need is a beat and street corner to break-dance
And no scientist could ever explain that with brain scans
‘Cause the mind is the one place in the infinite expanse
Of creation that still has infinite space to expand

There’s a place in the mind that waits in silence
Until it’s awakened by some inspiration inside it
Sometimes the sensation is violent, and we’re surprised
By the places it finds us; in strange environments
We do exactly what the act of creation requires
It takes an entire civilization to change the climate
Into a lake of fire, but at the same time
Every person is alone when they change their mind
So the landscape inside is one of the only places
I know of that’s really capable of homeostasis
In times of crisis; it’s a lonely oasis
Where you’re totally safe, a place to resist the barrage
Of information in this modern day system of ours
I walk through it feeling like I’m living on mars
Recognizing ninety percent of it as just a mirage
That’s why I’m tryin’ to drop the curtain on the Wizard of Oz
‘Cause behind the smoke machines and faces made of green plastic
I feel like there’s real magic that people can access
If they learn to reach past all the easy answers
And ceaseless distractions that we’re always being harassed with
All you need to grasp is that the mind is its own place
And when you make this known then no one can take your home away
And nothing you do to improve it will ever go to waste
And you can use it to create your own fate, so don’t throw it away