from The Rap Guide to Evolution (Original Version) by Baba Brinkman 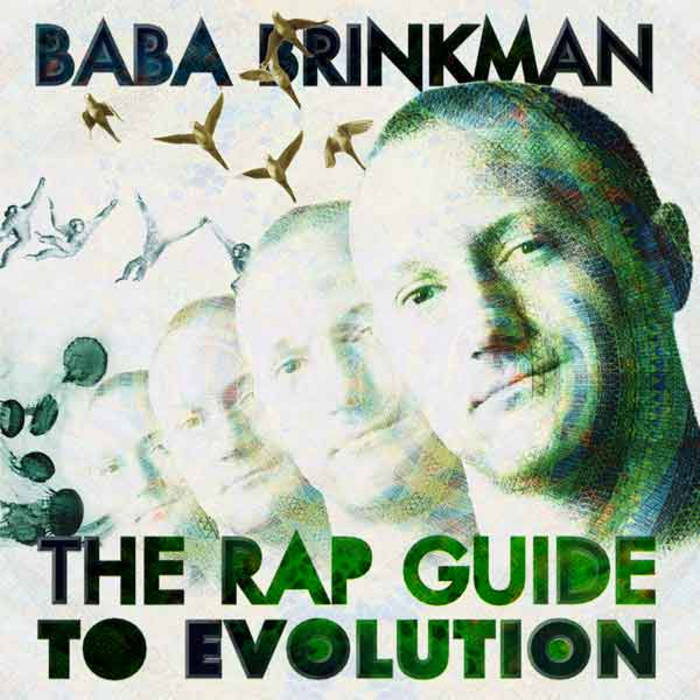 Welcome to the Charles Darwin Bicentennial
So, why does everybody think this guy is so special?
Maybe because a man was born two centuries ago
Who, as far as anyone knows, was the first
To recognize the underlying pattern behind the pageant
Affectionately known as “life on this planet”
He was the first to understand it
The first to translate his amazement
At the wonder of life, into a way to explain it
So this is a celebration of Darwin’s greatness
In the form of a rap – some would say “a debasement”
I would say “be patient”, just think of this as
A manifestation of the evolutionary equation
A recapitulation of life, a re-enactment
So, how do you go from amoebas to rappers?
You open The Origin of Species, and you read its chapters
The first chapter is about the impact of people’s actions
On farm animals, pets, and domestic crops
Where did they come from? From original stocks
Of wild animals and plants, which were selected and crossed
For the best properties, and thus became the effect of their cause
But of course, not every selection was conscious
Still, even if breeders in ancient Egypt couldn’t see this
And had no idea how to rework the features
Of a species of sheep or increase the sweetness
Of their peaches every season, when they chose to seed it
Or to feed it or to breed it or to weed it out and delete it
‘Cause they didn’t see it as needed, whether the preferences in question
Were for bigger chicken breasts or whippets with a thinner mid-section
Or if it was just an inner predilection to pick the best in
Any mixed collection, that’s artificial selection

But there’s nothing artificial about domestication
Ant colonies keep domestic aphids
It’s just an arrangement where one hand washes the other
We protect the cow, and the cow offers the udder
And even if there’s never a conscious discussion
If our little selections and little preferences
Can change and enhance the critical differences
Between wild and domestic breeds over the centuries
Then maybe that can explain… everything
In nature it isn’t us that makes the selections
It’s just survival and reproduction in the midst of competition
Where slight differences that arise randomly
Get selected by the pressures applied environmentally
And eventually species divide like a family tree
Into everything alive, from a fly to a manatee
So how does this apply to the craft of the MC?
Well, variation can be found in the styles on display
Rappers all have different techniques when they’re on stage
And the results can be seen in the audience’s face
Like, for instance, at this moment, you all look amazed
Like guppies removed abruptly from their aquatic space
Your minds are probably racing over questions of style and race
And genre and time and place, and some of your eyes are glazed
Like “For God’s sake, how long will this take?!?”
But if you all feel that way, then soon I’ll be replaced
By someone more entertaining, like maybe Lil Wayne
This is the rap version of the doctrine of Malthus
It’s the proportion of hungry mouths
To food resources in the form of captive audiences
Where crowds of two or more will always
Be at least half as common as performers
Can you see the mathematical problem?
But survival on stage is a non-random process
‘Cause those who get massive responses tend to influence
Those who aspire to get massive responses
So if you say I sound like, for instance, Eminem, then I’ll say
“That’s preposterous!” But if you catch me grabbing my crotch
And acting obnoxious, then I might have to acknowledge
That this is a form of imitation modified by experience
Which is similar to the genetic basis of inheritance
Except it’s part Darwinism and part Lamarkism
With genes and culture co-evolving as we rock to the rhythm
But whether you think cultures really evolve
Or if it’s just a silly metaphor that’s pretty but false
Or whether you’ve never even thought about that
I still think Darwin can teach us a lot about rap
And vice verse; ‘cause it’s all about that
Competition for status with intricate language
Delivered in battles, and it’s all about getting that
Fitness advantage and the different adaptive behaviour patterns
That have us acting crazier than capercaillie mating dances
But hey, that’s natural selection; so just sit back and listen
And witness the evolution of the rap profession

Scratch: “Too many MCs, not enough Mics” (Pras from the Fugees)

from The Rap Guide to Evolution (Original Version), released August 1, 2009